One of the essential characteristics of the Institute of Comparative Law is a rich tradition of issuing monographs, anthologies, and other publications based on comparative law research in almost all legal areas. These publications are a significant contribution to the development of legal science, legislation and practice in Serbia and the Western Balkans region.

The liveliness and wealth of the Institute’s scientific-research and publishing activity are reflected in more than 300 published monographs and thematic anthologies. These include: “Introduction to the United States Law” (Uvod u pravo Sjedinjenih Američkih Država), “Introduction to the German Law” (Uvod u pravo Nemačke), “The Hague Tribunal” (Haški tribunal), “Natural Disasters – Emergency Situations” (Elementarne nepogode – vanredne situacije), “OSCE – 40 Years of the Helsinki Final Act” (OEBS – 40 godina završnog akta iz Helsinkija); as well as two important anthologies, one marking the occasion of the 100th anniversary of the First World War, and another entitled “Religion – Politics – Law” (Religija – politika – pravo).

In Serbian and international scientific circles, The Institute is known also as the publisher of a very significant journal “Strani pravni život” – “Foreign Legal Life”, which has been published for more than 60 years and belongs to scientific journals of exceptional national importance. Most of these publications are available in electronic form. 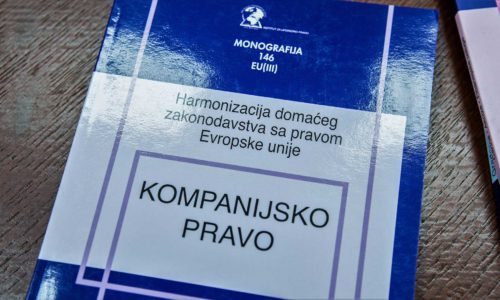 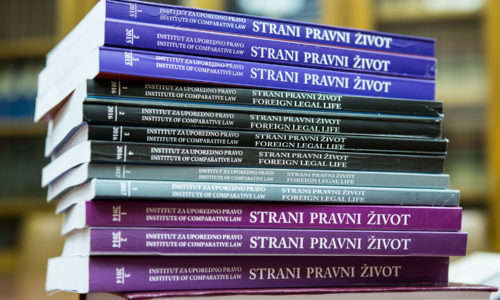 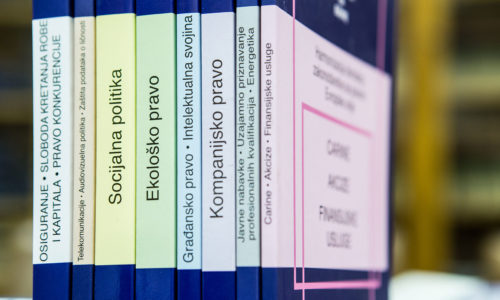